Howard Spanogle had an odd giggle, and he giggled at odd things. During a conversation, he’d rev up, and his voice would climb from 65 to 75 to 85 decibels plus one full octave, and then he’d giggle, and I wouldn’t have a clue what he was talking or giggling about, but it was so thoroughly Howard, I didn’t care.

It might have been African art, or a PBS documentary, or an interview he’d heard on NPR, or something he planned to cook for dinner, or a restaurant he’d read about in The New York Times. Howard had a talent — a gift, actually — for attracting interesting people and pulling them into his and Juanita’s orbit, which was a smorgasbord of lively conversation, manifestos, gastronomic delights and odd giggles.

By the way, he was not in the least bit odd. He was special. One of a kind. A stalwart connoisseur of the intellect, the soul. and the senses.

I can’t remember when or how I met Howard, but it must have been around 1984. At that time, I directed Texas’ larger student press association, and he advised The Echo at Glenbard East High School in the Chicago suburbs.

For 10 years or more, four of the finest student newspapers in the nation came out of a 10-mile radius. In addition to Howard, there was John Wheeler at Lyons Township; Jeff Currie at Oak Park-River Forest, and Wayne Brasler at the University of Chicago Lab School.

The work their students churned out was breathtaking, and I stole ideas and examples from them shamelessly and constantly. Howard invited me to teach at Glenbard East several times, and he chose me to be a member of a blue-ribbon committee looking at the state of scholastic journalism. I remember we met a couple of times, then published a report that promulgated lofty ideals and realistic recommendations.
Howard and I then joined the summer workshop circuit, bouncing from state to state, dorm to hotel room, and classroom to ballroom.
One day, he said to me, “You should write a book.”
“About what?” I asked, and he said, “This style of writing you keep hounding everyone about.”
I told him I didn’t know how to write a book, and he said, “Write a chapter and see where it goes.”
Over the next year or two, I knocked out a chapter here, added another one there. I’d write articles for JEA or CSPA with the intention of repurposing them as a chapter, and Howard edited them all. Eventually, I pounded out enough chapters to satisfy the “It looks like a book. Good luck finding a publisher” threshold.

Well, we found a publisher, and the first edition of The Radical Write rolled off the presses in 1994. Sure, it had a few pimples and wild hairs, but Howard and I could not’ve been happier with it.

In my acknowledgements, I wrote:

“I owe a great debt of gratitude to the following people who helped define, shape, organize, clarify, proof, and edit this book:
Howard Spanogle, whose perfectionism and professionalism saved me from many embarrassing mistakes and misjudgments. In addition, his wisdom and vast knowledge helped shape every page.

Then, I mentioned a lot of other people, but Howard led the list, even though I fought him — tooth and nail — over all kinds of niggly details such as the book’s title. He thought “Radical” might dampen sales.
I told to him I wanted to name it Beyond the Inverted Pyramid but that name had already been taken, so we were stuck with Plan B.
“Fine,” he said. “But what’s up with this humor?”
He didn’t appreciate my Monty Pythonesque vibe, and I had to explain to him that a sidebar example of dialogue was intentionally meant to be snarky. “Kids get it,” I told him. “I use this stuff all the time. Don’t worry.”
It went like this:

He wasn’t one to sugar-coat his thoughts or feelings. He especially bristled at my “The Battle of Little Big Horn (as reported by the untrained high school student).”
I’d used it at workshops and conventions for several years, and students fell out of their chairs laughing. I thought it was perfect. Howard thought it was puerile. Here’s the opening sentence: “Have you ever been shot by an arrow and scalped? Well, General George Custer was.”

Tell you what. You decide: Was that brilliant or lame?

Oh well, I learned to ignore Howard at my own risk.

Our friendship deepened when he moved to Texas to advise the newspaper at Highland Park in Dallas. I believe he wanted to replicate the success he’d had at Glenbard East, but times had changed, and his uncompromising demands for the best student journalism possible were light years beyond what the kids, the teachers, the administrators, and the well-heeled, hoity-toity types deemed suitable.

In time, he might’ve determined he’d been labeled, “Not our kind, dear.”

So he and Juanita moved to Asheville, where I was an irregular guest in their home.
Our friendship culminated 10 years ago or thereabouts. A hundred or more of his former students and colleagues as well as longtime friends threw a party for him at a botanical garden outside Chicago.

Howard wore a black tux (sans tie) and worked the room gracefully. He accepted the respect and adulation he deserved with aplomb, and he did a fine job at the microphone.

Late in the evening, he paid me the highest compliment by making me an honorary member of The Echo staff. Even if I’m canonized and buried in Poet’s Corner of Westminster Abbey, I’ll never receive a more meaningful award.

That reminds me: Howard also orchestrated the campaign in 2007 that resulted in my receiving JEA’s highest honor — the Carl Towley Award.

At the awards luncheon, I began my brief acceptance speech by reworking a phrase from the opening scene of my favorite film, The Godfather:

What have I ever done to make you treat me so respectfully?

Looking back on that moment, I believe I was directing that question to Howard.

What did I ever do to make you treat me like so respectfully and so affectionately?

Everything good you’ve read about Howard so far is true, and I see no reason to recycle what Terry Nelson and others have already so beautifully stated. For the sake of full disclosure, I must point out the following: Howard was a terrible driver. He didn’t always follow directions. He was as stubborn as a mule.

I once taught a workshop for him, and he decided we should all go outdoors and enjoy our lunch in the park, so we spread out all of this fancy food, which attracted bees, and several kids were stung, but Howard was unfazed.

We remained out there until it was time to go back in, and if a few kids got stung, well, so be it. Welcome to The Echo.

And he meant it.

He also insisted on driving his new Prius in Washington D.C. rush-hour traffic on a dark and stormy night to a so-so restaurant halfway to Philadelphia, it seemed. He’d probably read about it in The New York Times. And if we smashed into a guard rail or got squished by an 18-wheeler on the way there or back, well, so be it.
Welcome to Juanita’s world.

Howard loved writing letters and stuffing manila envelopes with sample stories he expected me to promptly read and review. If Howard called or wrote, he expected to be called back or written to, and the sooner, the better.

I wish I had called and written him more often and more promptly.

I can’t believe he’s gone, and my heart aches for J.

Mike Parker said…
As usual your writing skills always are spot on…both you and Howard were lucky to share the space. Gray job Bobby.
June 9, 2022 at 4:03 PM 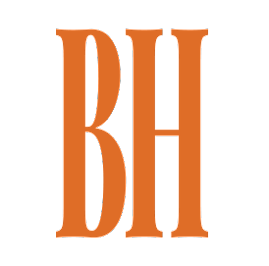 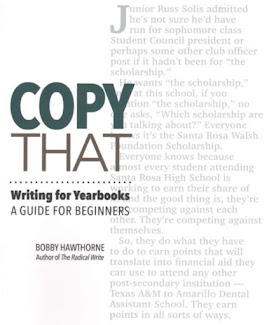 Writing for Yearbooks: A Guide for Beginners | Published by Jostens, Inc. 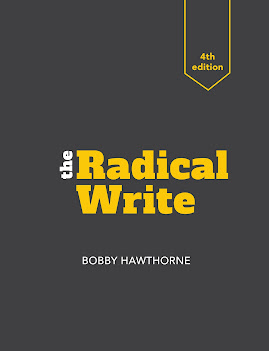 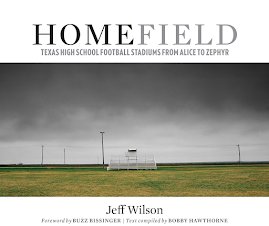 Photos by Jeff Wilson. Published by University of Texas Press 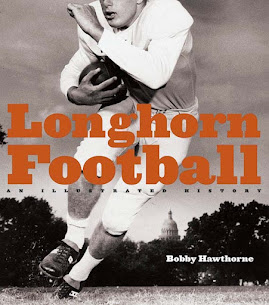 Published by University of Texas Press 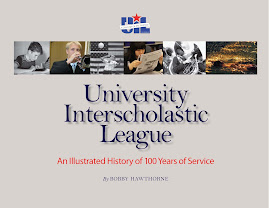 A celebration of 100 years of service to Texas public schools